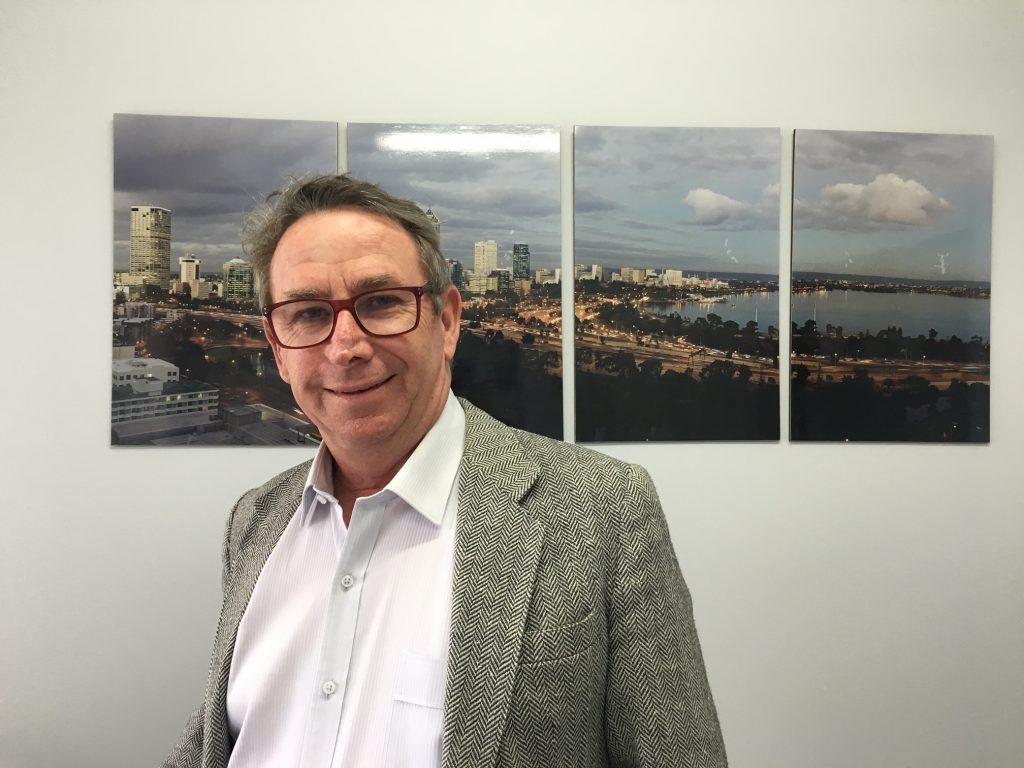 Tony de Gruchy has been the Director of the International Office at Canning College since 2002.  Prior to that he played a similar role at Tuart College from 1987.  He has been a Board member of the International Education Association of Australia from 2009 to 2013 and a Board member of Study Perth from 2007 to 2009.  Tony was President of CISWA in 1991 and Chair of the CISWA Working Party from 1995 to 2004.

Mr de Gruchy has been central to establishing educational practices that have been copied by other providers.  For example, Tuart and Canning Colleges created the first comprehensive student orientation programs delivered in Western Australia.  The broader pastoral care practices for international students at Canning have been crucial to the success of the College and have been mimicked by other organisations.  Making student achievement and attendance data available on-line for parents of under aged students provided innovation and support that still is at the forefront of education practice.  Mr de Gruchy pioneered the use of pre-departure information in partner countries and was instrumental in the development of homestay arrangements in Western Australia.

Mr de Gruchy has provided professional development support for a range of colleagues across the industry and delivered free of charge workshops for CISWA.  He has contributed to CISWA professional development activity from 1989 to the present. For the Australian International Education Conference he has delivered a number of constructive sessions for pathway providers, the most recent of which explored the capacity of Australian schools to work directly with schools offshore to benefit students and their families. Tony was on the organising committee for the ANZSSSA/ISANA Duty of Care Conference from 2002 to 2017.  In all of these activities he has mentored many other professionals in the industry.

By any measure Canning College has been an extremely successful provider of international education.  Mr de Gruchy’s ability to provide leadership in the development of best practice for students, to mentor young colleagues and to develop effective partnerships across the industry has been critical to that success.

Some of the facts about Mr de Gruchy’s contribution to international education in Western Australia are indicated above.  However, the equally significant benefit of the continuity and wisdom he has provided since 1987 are equally to be admired.  Any industry needs leaders whose achievements are recognised and respected and who act as a source of inspiration to those around them.  This is what Mr de Gruchy represents in 2019 after 32 years of inspired leadership in international education.