Congratulations to Chandini THIRUMALAI (India) from The University of Western Australia for receiving 2021 WA International Tertiary Student of the Year Award.

The CISWA WA International Tertiary Student of the Year Award is about recognising the significant contribution that international students make to the Western Australian community.

In selecting the recipient of this award, the student’s achievements and contributions during their time as an international student in Australia were taken into consideration. Additional weight was given to any activities which promote interaction with Australian students and with the local community.

This award was proudly sponsored by: 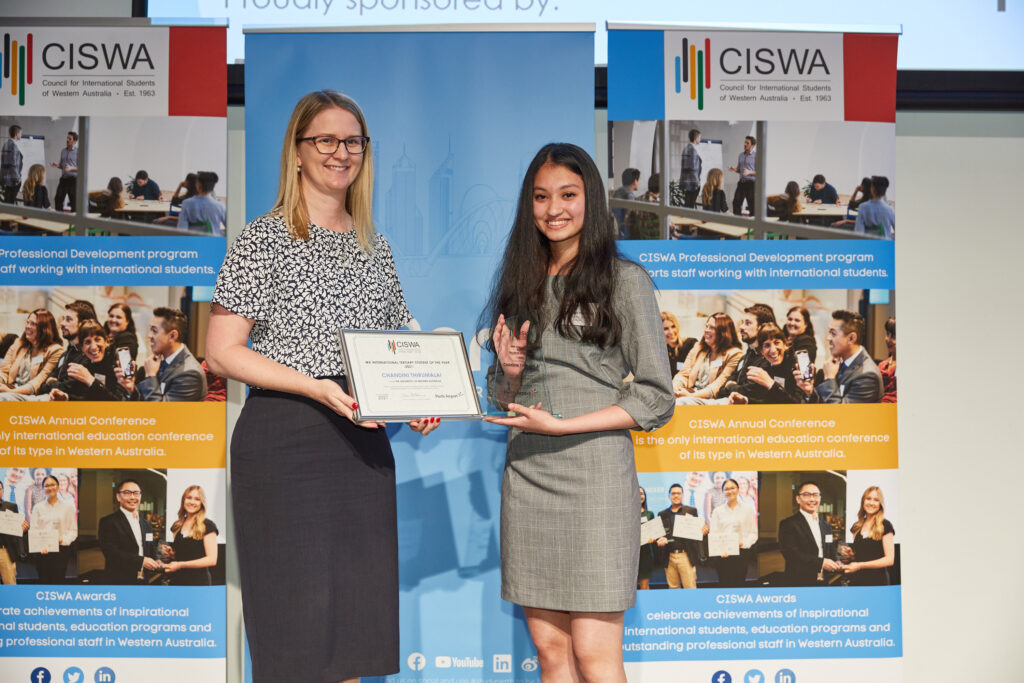 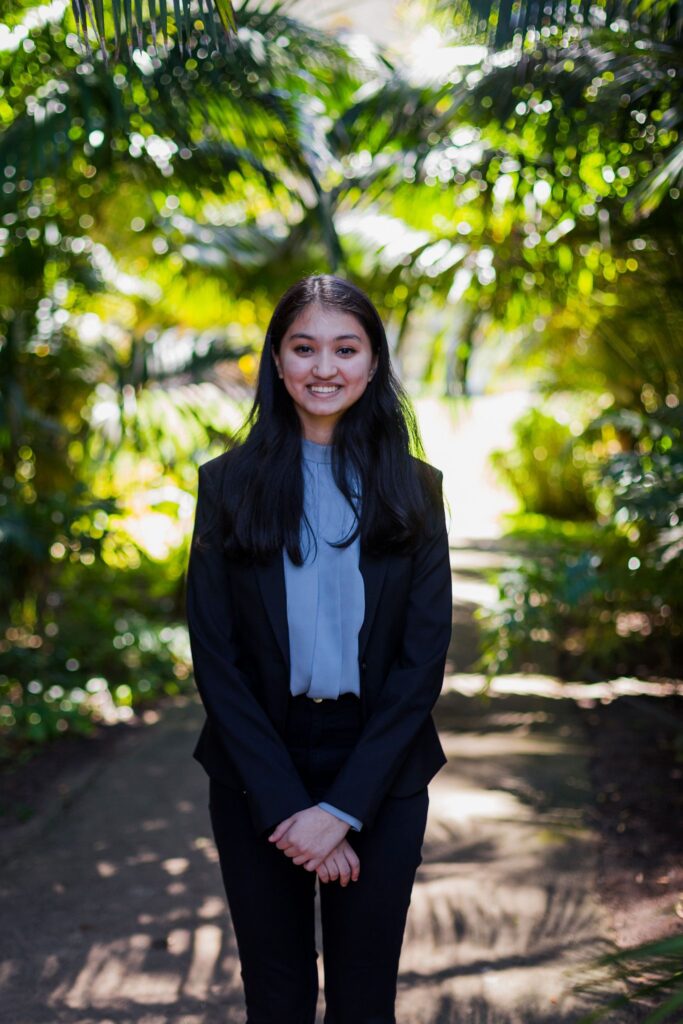 Chandini is a multilingual, internationally-minded student from India. She is currently studying in the Bachelor of Commerce degree at The University of Western Australia. She was one of the recipients of the Global Excellence Scholarship.

As a student at the University of Western Australia, Chandini has been involved in various extra-curricular activities. She’s one of the coordinators of a volunteering program called Micro-volunteering UWA. Micro volunteering is a program where students get together to help not for profit organisations and community focused initiatives. She has organised more than 30 events with various not for profit organisations including but not limited to WA AIDS Council, Western Australia Forest Alliance and many more. Chandini was instrumental in introducing a volunteer recognition aspect to this program.

Within the university she also works with the Marketing team as a Student Ambassador but in addition works to make international students more employable through facilitating LinkedIn workshops focusing on career development projects for other students and helps organise networking events. She also volunteers for several organisations, handling social media accounts for one and coordinating student involvement in others.
Last year she was a Study Perth Student Ambassador and, in fact, was recognised as their Valedictorian.

In her application she summarised her attitude by saying that the latter part of an education journey involves incorporating one’s knowledge into making society a better place.