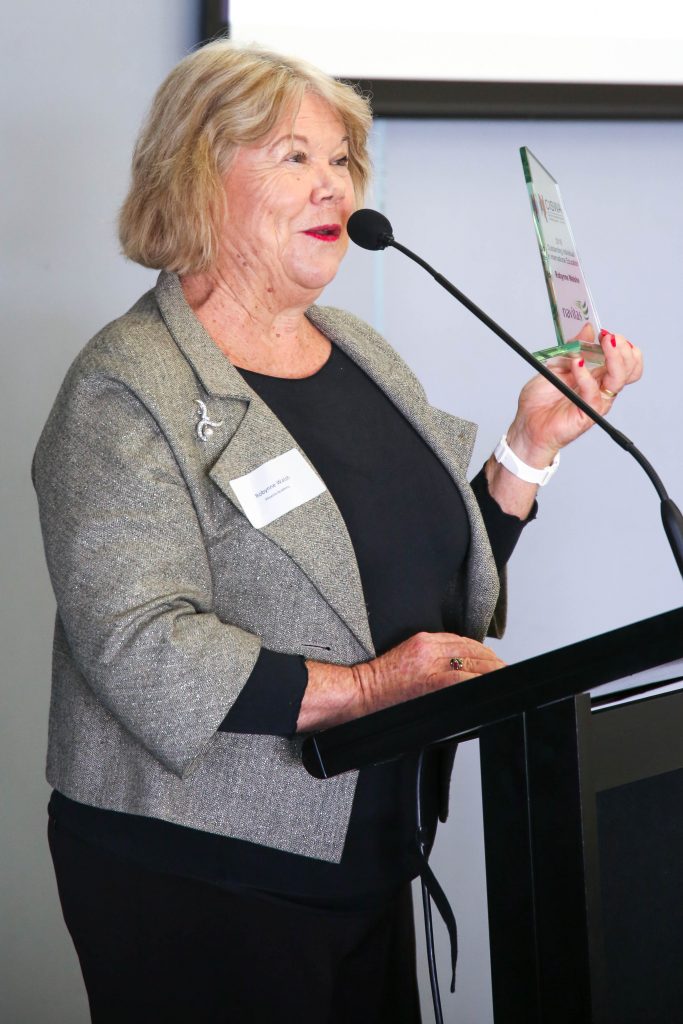 Robynne began her working career at Como Senior High School as an English teacher in 1973. In 1982 Robynne and her husband Brian took up residency in Papua New Guinea for five years where she lectured at the University of Technology in Lae. In 1987, Robynne retuned to Perth and took on the role of Director of Studies for the Perth Finishing College for a brief period as college closed in 1988. Having entered the addictive and consuming world of international education Robynne and Brian negotiated to take over the mortgage and real estate from the Perth Finishing College and Phoenix Academy emerged from the ashes in 1989.

Robynne and Brian established Phoenix Academy with just two students from Japan.  The 1989 hard times was followed closely by the first GFC of 1995 and after that there was the Gulf War, Swine Flu, and so the list went on.

The need to be continuously monitoring markets and client needs has been important to Phoenix and over the years Phoenix has been adept at diversifying when needed. Always keeping their eyes on the ball and looking ahead for changes in immigration rules, world financials events, pandemics, and client product preferences has been an important guiding philosophy.

During the GFC whilst the rest of the world was struggling to cope with weak currencies and mounting debts it reduced Phoenix’s student flow from some markets however other strong markets such as China and India grew considerably in that time. This has meant that Phoenix has seen a shift in its demographics and that new courses such as University Pathway Programs, Diploma of Business, Teacher Training programs and Corporate Training have all been established and been successful.

Robynne believes that they have been successful at manoeuvring their ship around the icebergs. This has been possible due to the nature of being a relatively small and competitive institution which is privately owned and operated as opposed to the larger chain schools and universities that are perhaps unable to make change quickly when necessary.

Another innovative change Robynne and Brian made was when they established their second campus in Fremantle and again diversified their operations and programs. Their second campus was in fact a pub, The Orient Hotel and this is the period when Robynne again diversified and learnt how to pull a beer and manage chefs in their restaurant. She even entered her restaurant at the Orient in the Golden Plate Awards!

In 2017, Phoenix again diversified and opened their first offshore campus in Shanghai, China located within the Shanghai Jiao Tong University campus. Phoenix has in the past 10 years moved more into e-learning so that now they have a well-established Student Learning Management System (portal) and can deliver most of their programs in blended delivery style. They have installed E Boards in all classrooms and have populated their portal with their own “in house” developed IP.

Phoenix’s strategic aim is to continue to be known as a quality training institution that is cutting edge, student focussed with happy staff and Robynne thinks she has nailed this.

A primary aim that Robynne and Brian established when they started Phoenix in 1989 was that they have a truly international campus and they have stayed true to that mantra. Today, as for the past 29 years, they actively market across the world. This has been time consuming and expensive however it has always been one of their major “selling points’. Another innovative business development was when Phoenix established Link2Uni in 2000 . Link2Uni acts as a “super agency” for schools, colleges and universities in WA and in some other cities. This business development exploited Robynne and Brian’s business strength as being innovative marketers.

In 1997, Phoenix Academy was appointed as the entity to operate the international arm of the University of Notre Dame and over 5 years Robynne and Brian produced impressive international student numbers including a young Pankaj Pathak from Botswana!  Robynne was the Director Notre Dame International for five years and was a strong advocate for UNDA and assisted the university to be culturally diverse and successful in its early days

At the height of the resources boom Phoenix developed their innovative corporate business communication training packages and today more than 20 years later they still train clients from some of the largest companies in the world such as Baosteel, SINO STEEL, KOGAS and the Aust China Gas Fund.

Robynne has always enjoyed the role of leadership and mentoring. She has over the years supported her staff and peers including competitors by sharing her views and giving advice on this important industry. She has never been shy to state her opinion and has a passion for the industry that no one doubts.

Robynne has been an active Board member of English Australia over the years including a long stint as the Deputy Chair alongside Helen Zimmerman and Christine Bundesen. She was a founding executive member of Study Perth when it was called WAIMEG back in the early nineties. She was also a founding member of WAPETIA and is still actively involved in that organisation as a member of the Executive. Robynne is currently a member of a National Austrade International Education Consultative Committee in Canberra where Kent Anderson is Chair.

Robynne, in the past 5 years, has been an active Fellow at the Australian Institute of Management and enjoys mentoring young up and coming managers and entrepreneurs. She enjoys networking and the PD events that AIM offers and is passionate about continuing education in every form..
Over the years according to the ebb and flow of the industry Robynne has assisted in the settling of many hundreds of students who have been caught up in college closures. She has devoted many man hours to the resettlement of these students and contributed thousands of dollars in free tuition in the days before there were TAS’s.

There are a number of people that have been inspired by Robynne in the industry. Two examples are: 1) Liza Gomez, Australian Professional Skills Institute (APSI) who started her own RTO after working closely with Robynne as an agent; and 2) Kelly Pattison, Vice-Principal Phoenix Academy who chose to work at Pheonix as a result of Robynne’s ethos of helping students, building relationships, and willingness to be innovative and test new products and quickly responding to market needs.